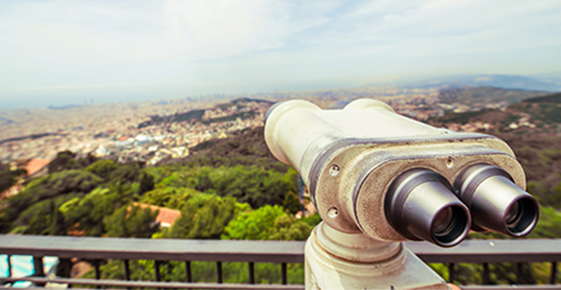 For many, the term binocular vision conjures images of super powers or the rare ability to spot objects far away, but having binocular vision simply means having two eyes with which to see. Binocular vision does lend creatures with two eyes advantages over those with only one, such as enhanced vision, depth perception, and a wider field of view. Our two eyes functioning properly allow us to view the world in the way we do, perceiving objects both up close and far away, using peripheral vision to see objects at our sides, and using our overlapping field of vision to see objects in greater detail.

Six muscles support each eye, and ideally work together to keep the eyes pointed in the same direction. In strabismus, these sets of muscles do not coordinate. As a result, the two eyes do not line up in a single direction, and end up focused on different objects. The brain receives two separate images. Unable to combine the images, the brain begins to favor the dominant eye and ignore images from the other. Symptoms of strabismus include double vision, crossed eyes, eyes which are not aligned, independent eye movements, and loss of depth perception. If left untreated, the less dominant eye will become even weaker, eventually leading to amblyopia.

Amblyopia, the most common childhood vision problem, is the loss of one eye's ability to see details, when the nerve path connecting the eye to the brain does not develop. Though strabismus is the most common cause of amblyopia, it can occur independently. Astigmatism, cataracts, nearsightedness, and farsightedness can all cause amblyopia. Symptoms include eyes which do not move together, poor vision in one eye, loss of depth perception, and eyes which turn in or out.

We look forward to hearing from you.

Find us on the map!

We are asking all patients not to bring family members to their appointment unless they are needed for assistance. We appreciate your cooperation!